This is super exciting! USA Cycling will have a league in Zwift! Races will happen weekly on Wednesdays, and racers must have a USAC License to participate. I am seriously considering it! 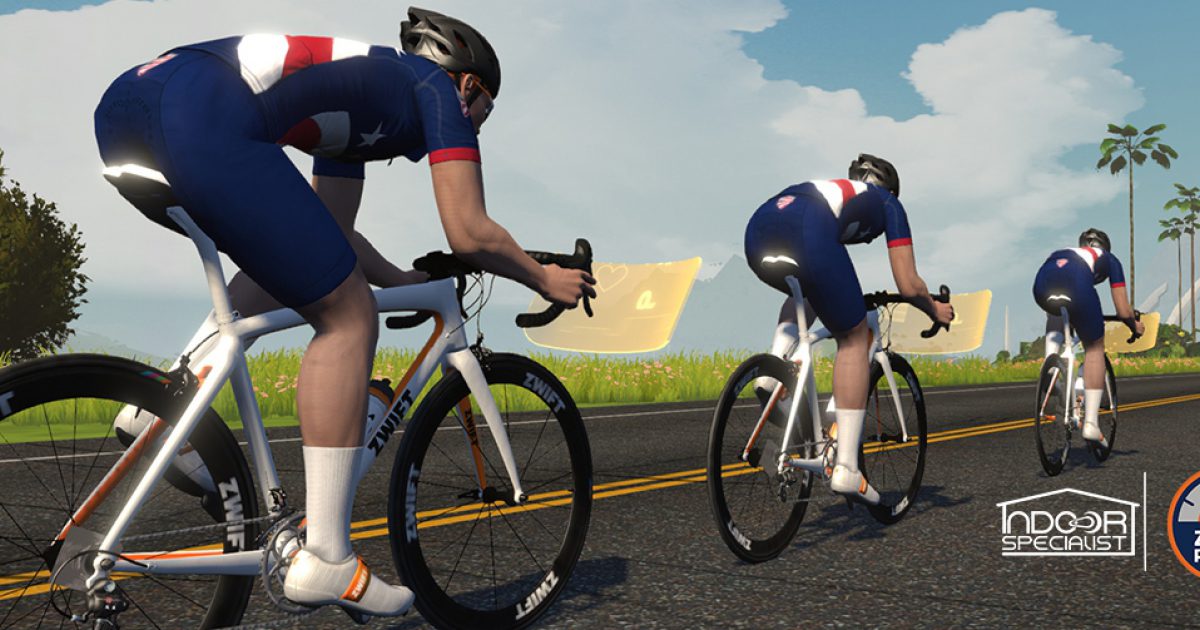 We are pleased to announce the brand new USA Cycling Virtual Race League on Zwift running every Wednesday.

Sounds fantastic!! I will, too! (The nighttime slot. That early morning slot is EARLY for Colorado!)
-Angie

I am signing up mid-day

This does seem like fun and the routes look short. I would need to do the evening slot.

This is sort of the same regime I am doing on Tuesday, Norwegian Cup.

A thought: Zwift cant physically close the events to the community but I am not going to enter US one, because I dont have a license and dont want to interfer with the result. I have several american teamies, but joing to help them, I think would be bad sportmanship. I think the same in the norwegian series, I would never invite my North American teamies to help me out and then manipulating the result. I think these events should be just for license holders. By holding a liscende you also abid by the anit-doping regulations.

Ah geez, I just let my USAC license expire, had no plans to race outdoors.

@meganherzog - I wonder if USAC is running a deal because of the current outlook…?

I don’t think you actually need a license to do these races, only if you want the points to count with USAC

USAC License is only required if you want your points to count for the series and be tracked in the USAC database, just like IRL races. You also need a license to be eligible for weekly prices. But otherwise anyone can race.

USA Cycling is doing this for 2 reasons: so people can support the association during this time, and they will be using 50% of all membership fees to buy PPE from manufacturers of cycling components who are manufacturing PPE to be donated to hospitals.

Thinking of doing this. I’m not USA cycling (Not much of a presence in my area, closest events would have to be an overnight trip) and the times really suck but it’s not like I haven’t raced late Wednesday nights before.

Is this something that would be worked into the plans?

I’m also planning to finish up the last 3 races of the fierce felines. Innsbruckring x3 is fun, the following week is crit city (and I’ll have to race an earlier time slot due to zoom committee meetings all day) and the last one is Muir and the mountains which I’m not looking forward to but it will tick off a route badge. I’ve been fitting these into the Ironman VR series plus a few other virtual ones.

last 3 races of the fierce felines. Innsbruckring x3 is fun, the following week is crit city

Hi @vivian.a.workman - when is the Fierce Felines race for you and where are you from? I thought it was early Sat morning, here in Colorado. Thanks!
-Angie

@vivian.a.workman as a general rule, races replace a workout, and ideally no more than one race per week.

Thanks. I might treat it as a workout depending on the course. It’s always a good mental workout to do this during a race. Then do the race on Saturday for the 40km ride for VR4.

I doubt that will be the case because the races will not be separated by the same Categories that USAC has for their IRL races… In fact, I even think Indoor Specialist/Zwift will lump all the women into one Cat regardless of ability.

The first race was more suitable to my rider type, 2x up the Volcano. I stayed with the lead group until the end then messed up on the timing of the sprint

The second race was long (75 min - 3 laps UCI Harrogate) and this one was crazy. The race went well if it wasn’t for the 3 sandbaggers (A Cat racers) blowing up the field. One of them threw a monster attack within the first 30 seconds of the race. In a real world race I would have ignored it, but as you know in Zwift even a 5 seconds gap is hard to close. So I bridged across and the two of us stayed away from the field for 5 minutes before the chase group of about 12 caught us. I didn’t know during the race, but this was an A Cat racer. Once the group bridged, the A racer and 2 others (also sandbaggers) kept the pace super high then started attacking again. At that point I got dropped along with half of the group and we worked together until the end. With 2 min to the finish I went solo to the finish line with a long attack to gain a few more positions.

Next week is NYC, a much faster course with just a tiny hill.

Well done @Coach_Theia! It will be really nice when Zwift gets those race controls rolled out so those sandbaggers can’t race in the wrong category.