What do the TrainingPeaks workout numbers mean?

As some of you are not as familiar with TrainingPeaks, I made a video explaining how to read the numbers and main chart for a given cycling workout, including: 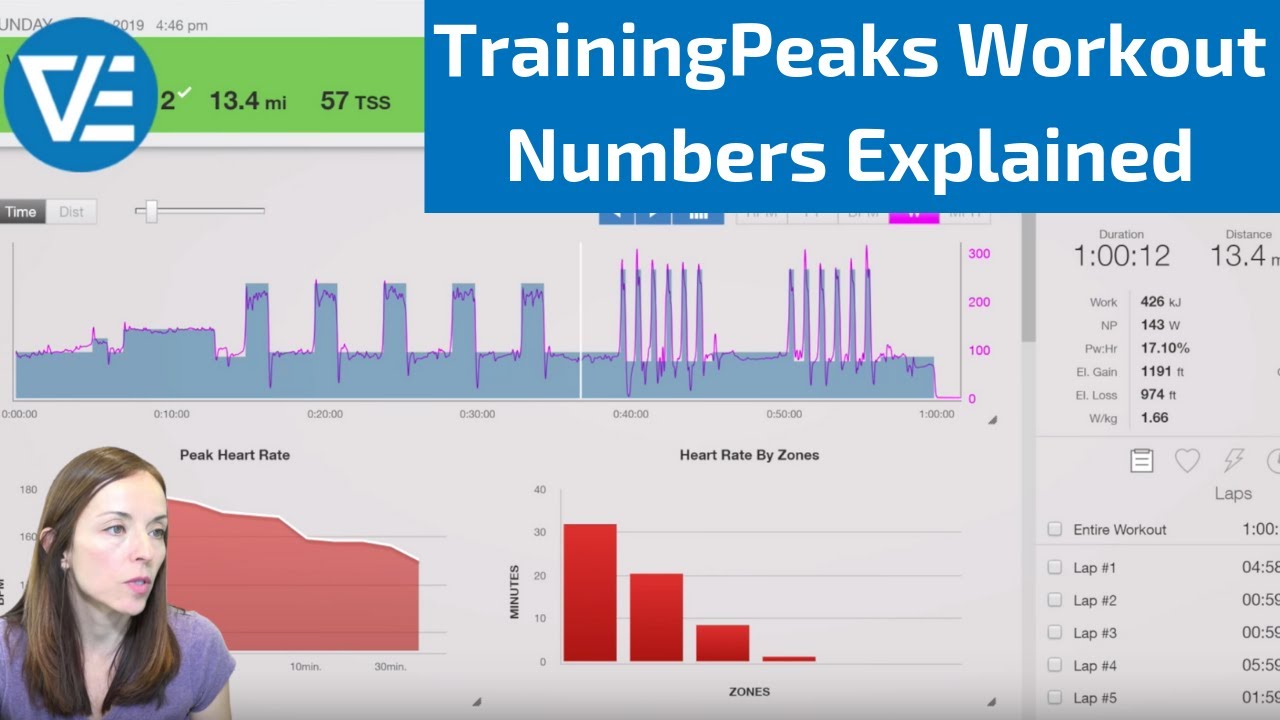 This was SUPER helpful! @Coach_Theia Thank you!

but I’m hoping you can shed some light about something that bugs me about TP. Today, I had a VO2 workout on the books but had to move it to tomorrow. As soon as I moved it to tomorrow, swapping my off day, my Fitness/CTL dropped 2 points. Why wouldn’t my CTL be based on what activity I have actually completed (as if I don’t have prescribed workouts loaded), rather than trying to predict the load and showing me an inflated value? Thanks!
-Angie

looking at the calendar I noticed a pattern, in all my workouts I was above the planned T score and it is always red, even if the workout appears green on the calendar.

What is the T score and what does it mean to go above it?

@Chiara I moved your question here because, even though you are asking about T-Score in Today’s Plan, that metric is very similar to the TSS Score in Training Peaks (which I explain in the video above).

If you hover your mouse over the metrics in Today’s Plan, you will see a brief explanation of what they mean: 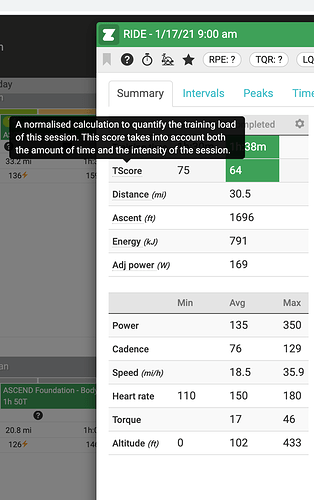 So the T Score is a composite number that takes into account the duration and intensity of a workout to arrive at a single estimate of the overall training load and physiological stress created by that training session. Nevertheless, it has its limitations, as explained in the video above.

I never worry about these, as often times the difference between planned and completed scores have to do with rest intervals - which are not meaningful in a high intensity workout.

More on T-Score and other Today’s Plan metrics:

The load, balance and performance of athlete development

One of the most common questions we receive at Today’s Plan is “am I on track to achieve my goal?”. Using your activity data to quickly and easily understand this allows an athlete to track their progress and ensure they’re heading in the right...

I find my actual T score is much higher than prescribed in Today’s plan but closer to that given on your training peaks video. Is that normal?

@Pippajgraham is your threshold the same in Today’s Plan and Training Peaks (and Zwift)? Unless the power on the intervals is way off, there is nothing to worry about.